He entered the room, stopped a respectful distance from his mistress and fell to his knees. Head bowed he waited silently for her to vent her wrath on him.

” Well slave, what have you to say for yourself ?” 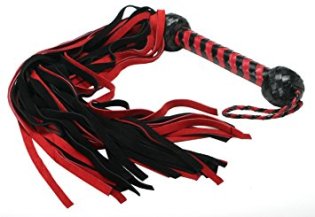 ” Forgive me mistress , I tried my hardest to finish my task in the time you generously allotted me but I failed , I have no excuse and am here to receive my punishment”

“You had every chance slave, I am dissappointed that it is necessary to punish you again”

Sofia stretched and he was aware of her smoothe long tanned legs as she crossed them in front of him. She had kicked off her shoes and now her beautiful feet were under his nose . He could see the line of her arch her beautiful toes , the deep red polish on her nails, such perfection. Nervous as he was he couldn’t quell the rising desire in his groin.

She had dressed him in latex shorts that morning and of course his leather collar, which he wore with great pride. He knew that as soon as he was ordered to move his arousel would become obvious and his punishment would be merciless

He rose, almost  immediately he felt the sharp sting as the little crop she had been holding came down across his erect cock. He took a sharp intake of breath but managed to stop the urge to cry out , thankful, as he remembered the last time he had , his reward had been a crushing blow with the iron , not something he would want to have repeated.

” take then off slave”

He removed his shorts , his hardness had increased even though the raised welt on it was so apparent.Her hand was around his cock in a flash, she squeezed tight and then he felt her sharp nails digging deeply into his shaft , it was excruciating but he kept his silence

He bent over the iron bench and watched as she walked across the room . She unhooked her favourite flogger from the wall . Taking down the ball gag she returned . She placed the gag in his mouth and secured it tightly around the back of his head . She stood behind him , he saw her arm raise , then he felt the first burning sting as the flogger found its mark , he knew it was to be the first of many he must endure but he knew without a shadow of a doubt that he worshipped her very being and would happily endure a thousand floggings rather than be ignored by his mistress .

3 thoughts on “Slave takes his punishment”